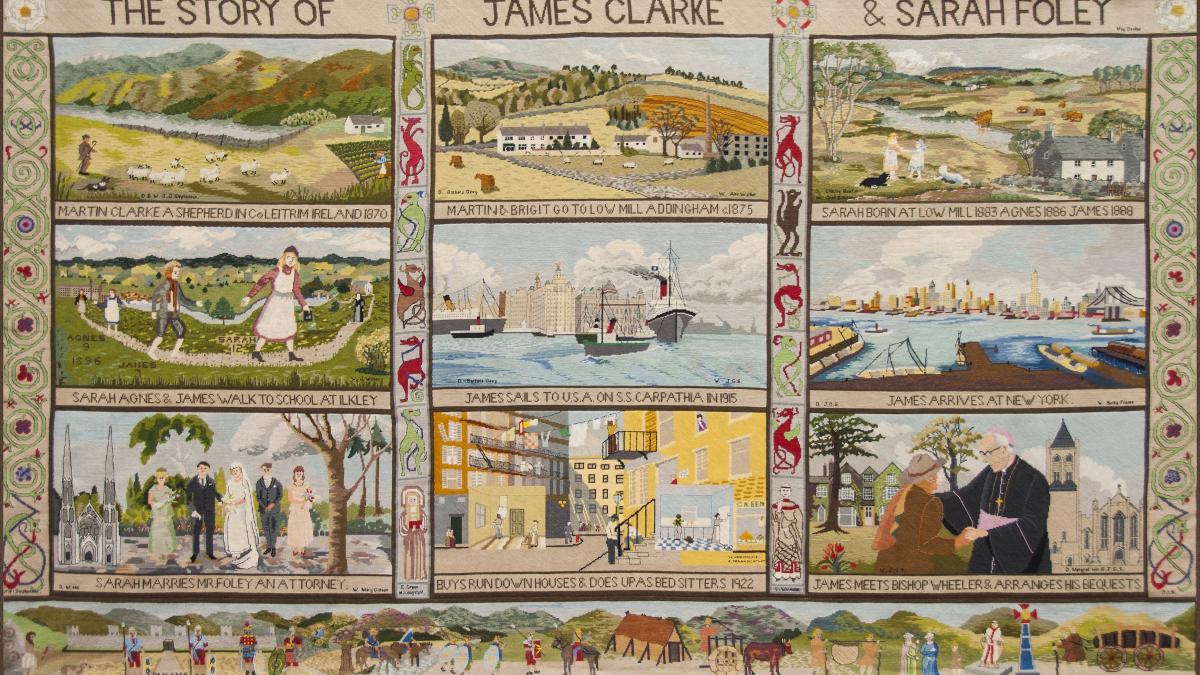 James and Sarah Clarke were the children of Irish immigrants, Martin and Bridget, who settled at Low Mill, Addingham in about 1880.

Martin became a farm labourer and a stone dresser. Two of their children became velvet weavers and three of them became nurses. James, the youngest, was a gardener and hospital worker.

The family moved to Ilkley for some years before emigrating to America. James was the last to go and in 1914 he left for America on an overcrowded Cunard liner.

Landing penniless in New York James sold bundles of firewood until he got work. Sarah married a New York attorney becoming Sarah Foley. Money from a wealthy sister enabled them to acquire property in Brooklyn, New York; this they converted into flats. When the property was demolished as part of a redevelopment scheme the compensation money was invested in the stock market and the family prospered.

James visited England several times and on the last occasion he called to see the Right Reverend Gordon Wheeler, Bishop of Leeds and asked him to undertake the responsibility for carrying out his last wishes and those of his sister Sarah. The Bishop established the James Clarke and Sarah Foley Trust in 1977.

James and Sarah’s generous bequest paid for the building of the Clarke Foley Centre and the interest received from the Endowment Fund supports the Centre.

The Clarke Foley Centre was officially opened by Right Reverend Gordon Wheeler, Bishop of Leeds in January 1981. In 2005 the Charity’s trustees applied to the Charity Commissioners to be allowed to operate as a company limited by guarantee. The Company was established in 2006.

The tapestry above was made by users of the Clarke Foley Centre.  Click here to view a larger image