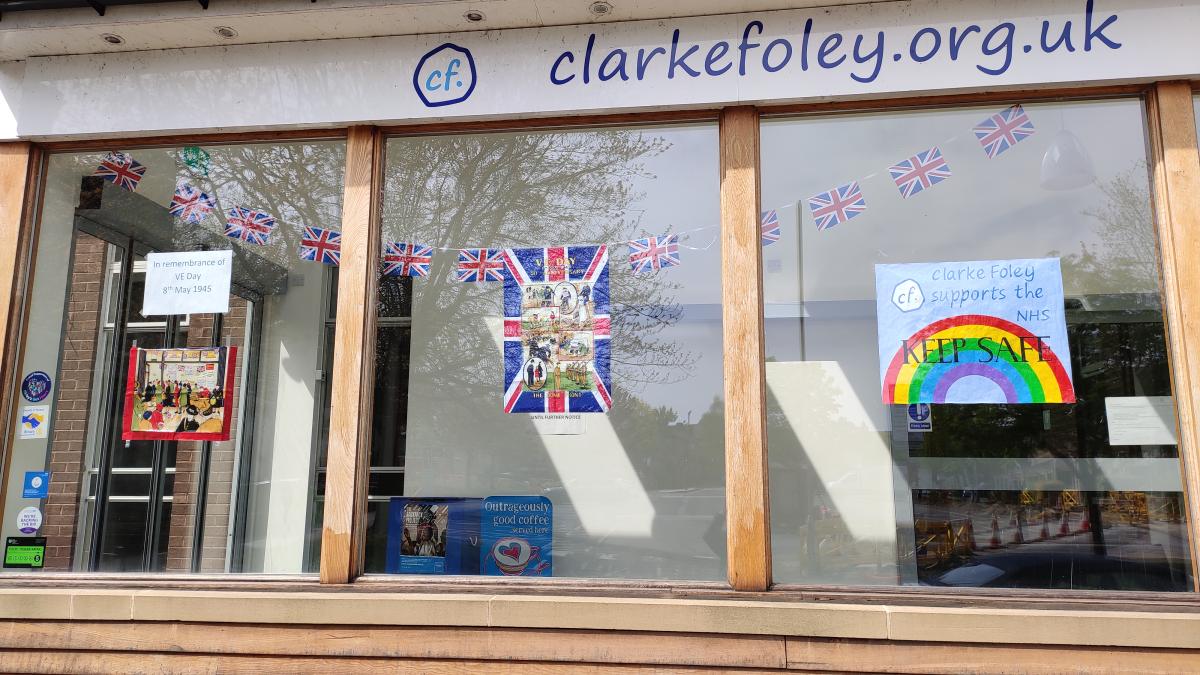 Clarke Foley is the hub of the community in Ilkley, where special occasions are usually remembered.

An event to commemorate World War Two’s 75th anniversary of Victory in Europe Day was in planning, but like all such events owing to Covid-19 it had to be cancelled.

In the hostile years between 1939 to 1945 when our country was at war, everyone did their best for the good of the country.

Men went to war, while women played a very important role keeping the country going – working on the land and in the ammunition factories. Others joined the WVS and Home Guards.

Children from the cities were evacuated to families they did not know, who sometimes lived many miles away from their homes – new friends, new schools, completely different surroundings. Very frightening for children, though most seemed to adapt to their new lives. Country living was quite different for them – not so many air raids, though the children still went to school carrying their gas masks in brown boxes on their little shoulders.

The Anderson shelter became a familiar sight, an air-raid shelter built in gardens for families to take shelter. They were made comfortable, some had little beds in for children and games to play with in case of a long raid.

In the towns and cities gardens were turned into vegetable patches and hens were a familiar sight in gardens, kept by families for fresh eggs which were a great treat. Dried egg, a yellow powder-like substance sold in tins, was used as a substitute as eggs were so scarce – I still have a tin in my loft!
Many foods disappeared and others were very limited, children were deprived of many sweets and fruits, especially bananas. Rabbit stew was a favourite at our house, hence the song “Run Rabbit Run.”
My Father was in the RAF and when he came home on leave he would give Horlick tablets out to the children in our road – what excitement! They would queue outside our house (even children were used to queuing). My sisters and myself never had so many friends.

On the 8th May 1945, Victory in Europe was declared. Mr Churchill, Prime Minister at the time, made his victory speech and the lights went on again, celebrations began and the country went wild – dancing, singing, church bells ringing. Bands played and everyone, young, old, children, all congregated in the cities, towns and villages.
Long tables with all odd chairs were put down the middle of streets and white sheets were put on the tables. The women of the community made jam and potted meat sandwiches, baked buns and tarts. Children wore homemade paper hats – many out of newspaper – but no one cared. They danced and often a piano would be wheeled out and community singing would go on for hours with mothers in pinnies doing ‘Knees up Mother Brown’ or the ‘Conga’ up and down the street.

All this reminds me of our present situation – a country in crisis, families and friends divided. But to quote the words of Vera Lynn, “We’ll meet again.” To all our customers, volunteers, staff and directors, remember, you are not alone. When the storm is over Clarke Foley will be waiting for you to welcome you back.